10 Things To Know Before Declaring Bankruptcy In Singapore

Bankruptcy is usually considered a last resort option. You should only file for bankruptcy in Singapore after careful consideration of your options. If it is the best way to deal with your financial problems, filing for bankruptcy may be for you.

Filing for bankruptcy however cannot solve all financial problems. This article cannot explain every aspect of the bankruptcy process. If you still have questions after reading it, you should speak with a bankruptcy lawyer.

Bankruptcy occurs when a person is unable to pay off debts of more than S$15,000 and formal legal proceedings are initiated against/by him pursuant to the Bankruptcy Act.

Filing may be voluntary i.e. a debtor files for bankruptcy themselves or involuntary wherein a debtor’s creditors seek to file a bankruptcy application to make a debtor bankrupt if the debtor is unable to repay debts owed.

2 – Jurisdiction Of The Court In Bankruptcy

A bankruptcy application can only be made by a creditor to the court if the debtor;

3 – Grounds Of Filing A Bankruptcy Application

To file a bankruptcy application, the debtor must :

The statutory demand must be served in Form 1 of the Bankruptcy Act and must include:-

In addition to the necessary content, the creditor must take all reasonable steps to bring the debtor’s attention and make reasonable attempts to effect personal service.

However, the court has discretion to decide whether to set aside the statutory demand if it was defective in relation to the statutory requirements.

4 – Advantages For A Voluntary Bankruptcy Application

Individuals may choose to file for bankruptcy if they feel it is unlikely they will be able to pay off their debts or if they are unable to make alternative arrangements with creditors to repay said debts. Filing for bankruptcy in this scenario is beneficial as it will:

6 – Duties Of A Bankrupt

The Bankruptcy Act sets out a comprehensive list of duties and disabilities a declared bankrupt will have. The most significant of which is that a bankrupt will not be able to leave Singapore without the Official Assignee’s (“OA”) permission.

A bankrupt will also not be able to be appointed as a Trustee or personal representative of any trust or estate subject to the OA’s approval, or participate in the management of a business or be appointed as a director of a company, amongst others.

7 – Alternatives To Bankruptcy In Singapore

Court may, instead of making a bankruptcy order, adjourn the application for a period of 6 months or such other period and refer the matter to the OA to assess whether the debtor is suitable for a DRS if:-

OA will take steps to determine suitability of the debtor based on the submission of relevant forms and supporting documents and will administer and supervise the debtor’s affairs till the conclusion and/or  termination of the Debt Repayment Scheme.

This scheme allows debts to enter into binding, voluntary arrangements with creditors in respect of debt repayment, thus avoiding bankruptcy. This will be either in the form of a scheme of arrangement or composition in satisfaction of his debts.

There are two ways in which an individual can get out of bankruptcy in Singapore – Annulment or Discharge from bankruptcy.

Annulment means that it will be as if an individual has never been declared bankrupt, on the date of the annulment the individual’s name will be immediately removed from the bankruptcy register.

Discharge from bankruptcy will mean that the individual retains their status as a previous bankrupt and their name will only be removed from the bankruptcy register after some time.

10 – Four Ways To Be Annulled Or Discharged As A Bankrupt

Pay Off All Existing Debts

This is the quickest and most efficient way out of bankruptcy. Once an individual pays off all debts and costs incurred in the bankruptcy the OA will issue a Certificate of Annulment.

If 50% of more of the individual’s creditors accepts the debt repayment proposal, the OA will issue a Certificate of Discharge so that the individual can be discharged from bankruptcy.

However, the debtor’s name will be on the bankruptcy’s register for 5 years after the date of discharge and will be removed only when the debt has been fully repaid.

Furthermore, if the debt has not been fully repaid within the duration of 5 years, the individual’s name will be registered permanently on the bankruptcy registry.

If all of the individual’s creditors unanimously approve of the debt repayment proposal, the OA will issue a Certificate of Annulment wherein the individual’s name will be immediately removed from the bankruptcy register on the date of annulment.

Apply To Court For An Order Of Discharge

An individual may apply to the court for an order of discharge. This application for discharge must be accompanied with an affidavit stating (a) if the individual has filed their statement of affairs (b) the number of creditors and whether they have proven their debts (c) whether all assets have been disclosed to the OA and if such assets have been realised (d) if dividends have been declared and the amounts of such dividends (e) the reasons for the application

The application and the copy of the affidavit must be also served on the OA managing their affairs.

Following which the court will evaluate whether to grant the order of discharge or otherwise. If the court grants the order for discharge the individual will be discharged from bankruptcy.

Discharge By Certificate Of The Official Assignee

This certificate cannot be applied on and will only be granted upon the meeting of the following 2 requirement:

The information contained within this website contains general information about our lawyers, Law Firm and procedures and is not intended to constitute legal advice.

Any person viewing or receiving information from this Website should not act or refrain from acting, on the basis of any such information without first seeking appropriate legal advice.

Please consult a lawyer for specific review of your case and advise.

Hi! Click one of our member below to chat on Whatsapp 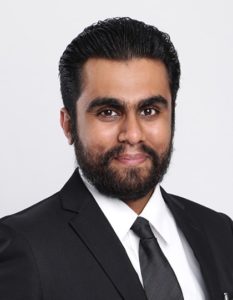 Speak to a Lawyer Now

Did you forget to claim your free consultation?